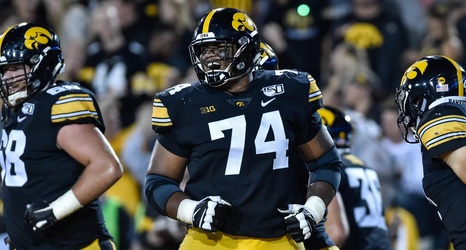 With the NFL Draft only a few weeks away and no live sports to keep fans occupied, it’s time to focus on the former Hawkeye players hoping to find themselves employed by an NFL team by the end of April. In this first edition of a three-part series evaluating the draft prospects of outgoing Hawkeye players, we’ll examine two former Iowa standouts who are likely to hear their names called fairly early during the upcoming draft.