Megan Gustafson to Have Her Jersey Retired on Sunday 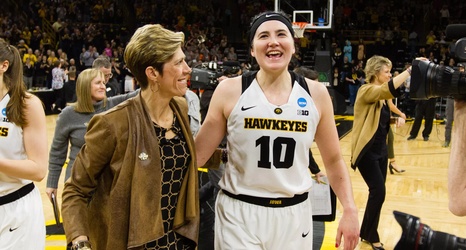 Tomorrow, in front of an expected sellout, #19 Iowa will host Michigan State in conference play as they look to remain at the top of the conference standings. After the game, Iowa will retire jersey #10 in honor of Megan Gustafson. Gustafson will join Michelle Edwards as the only two female players to have their jerseys retired.

Gustafson is currently playing overseas in Hungary and will have played a game on Saturday before flying to Iowa City for the ceremony Sunday. She will then fly out on Monday to re-join her team. It’s been a whirlwind journey for Gustafson after leaving Iowa as she has played in the WNBA with Dallas and now with NKE-Casta in Hungary.