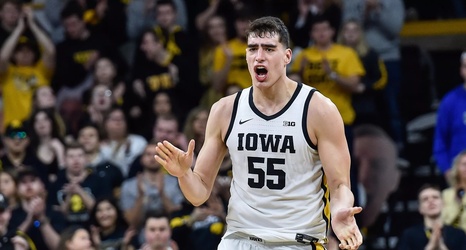 We all know Luka Garza is great. That has become abundantly clear with each passing game this season. Tonight, in the final home game of the season, he goes into the record books with the single greatest season in Iowa basketball history scoring the ball.

With 26 points in Iowa’s 77-68 loss to Purdue Tuesday, Garza passed Hawkeye great John Johnson for the single season record. Garza broke the record on a pie of free throws midway through the second half.