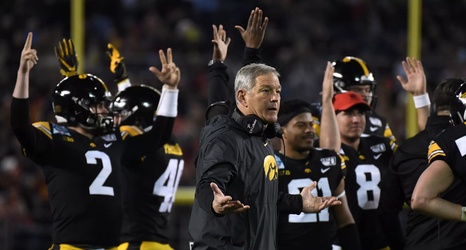 Another Iowa football season has come and gone, and as he has done since the debacle that was the Gator Bowl, in which Iowa got walloped by Tennessee and threw both Jake Rudock and CJ Beathard to the wolves, Kirk Ferentz held a press conference to evaluate the season as a whole (no quarterback change to announce this time, though).

No transcript this week, so instead I’m going to post the video of Kirk’s opening remarks, some of my takeaways from the video, and random tweets from reporters present at the presser.