Jordan Bohannon to undergo surgery and miss remainder of season 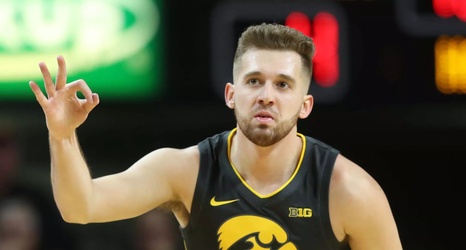 This didn’t come as a shock to many, but now it’s official: Iowa basketball’s Jordan Bohannon is scheduled for hip surgery on Thursday and will miss the rest of the season, according to a release.

The release also states that the recovery is “typically 6-9 months.”

Bohannon had the same hip surgery last offseason on his right hip. This time, the surgery is on his left hip.

“It has been an incredibly difficult last six-to-nine months dealing with what I’ve had to go through,” Bohannon said in a release. “The unwavering support from Hawkeye nation, team, coaches, friends and family has meant the world to me.