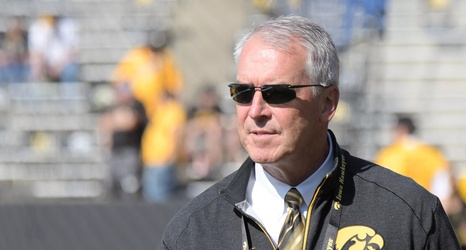 In a move that’s dumbfounding to Iowa fans and no one else, less-than-venerable Iowa athletics director Gary Barta was named chairman of the College Football Playoff Selection Committee on Wednesday morning.

Updates from the @CFBPlayoff selection committee:

Barta replaces Rob Mullens, director of athletics at Oregon, as chair. Barta served as a member of the CFP committee for the first time in 2019, and I’m assuming he’ll spend the next two years as chair before his three-year term expires, as was the case with Mullens.