IOWA VS. OHIO STATE WBB: HOW TO WATCH AND OPEN THREAD 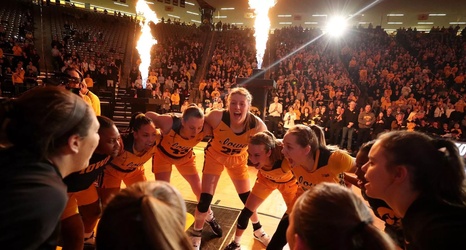 The #19 Iowa Hawkeyes (23-6, 14-4) play the Ohio State Buckeyes (19-11, 11-7) at approximately 8:00 pm this evening in the last game of the Big Ten Championship quarterfinals. Iowa is the three seed in the tournament and looking to make a run at the finals and home court for the first two rounds of the NCAA Championships.

Iowa defeated Ohio State 77-68 at home in January in the teams only meeting this season. Big Ten Player of the Year Kathleen Doyle led the way with 26 points. Ohio State was led by sophomore Dorka Juhasz, a 6-4 forward from Hungary who scored 22 points and grabbed 16 rebounds.