Iowa Football: UNI 2009 How to Watch and Game Thread 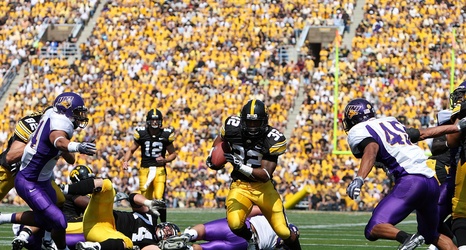 Eleven years ago, the Iowa Hawkeyes were waking up week one of the college football season preparing to beat the living snot out of the Northern Iowa Panthers. While UNI was a quality FCS opponent, Iowa was fresh off a 9-4 2008 campaign that saw the Hawkeyes win six of their last seven games, including a 55-0 demolition of Minnesota (as well as a goalpost acquisition) in the final regular season and a 31-10 drubbing of a vaunted SEC opponent in the Outback Bowl.

While Iowa was without Doak Walker Award winner Shonn Greene (although the DI apparently forgot that in their preview), expectations for the season were reasonably high after finding something in QB Ricky Stanzi the year prior and a quality defense returning.