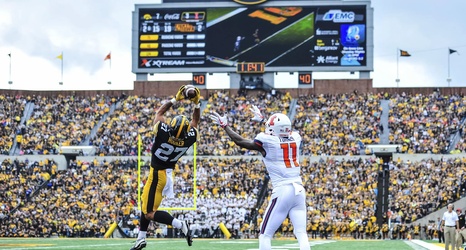 Despite the recent turnover at both the corner and safety positions — including Josh Jackson’s jump to the NFL after a first-team All-American season, Cedric Boswell and Manny Ragumba’s decisions to transfer and Brandon Snyder’s interesting departure — the defensive backs are (and this is probably the understatement of the year) intriguing on paper heading into the 2018 season. Experienced depth may be an issue of course, but the top end talent — especially at the safety position — looks as though it could be some of the best of the Kirk Ferentz era. And that says nothing of the talented 2018 class in camp right now or the coach that has turned these types of players into NFL talent consistently the last several years.