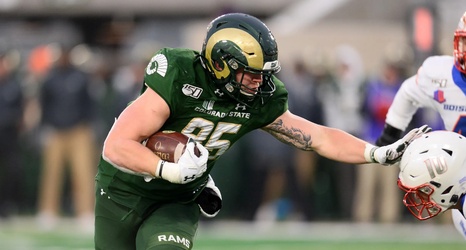 Iowa football has played 1,269 games since 1889, but this Saturday it will take the field to face off against an opponent it has never played before. Colorado State will make its first ever trip to Kinnick Stadium tomorrow with an eye on pulling a major upset and bringing its record to .500 on the season. While the Rams may be a new opponent for the Hawkeyes, the program is acquainted with Colorado State head coach Steve Addazio whose Boston College team fell to the Hawkeyes in the 2017 Pinstripe Bowl.

Colorado State has had success in recent decades under coaches like Sonny Lubick and Jim McElwain, but the 2021 squad is far from the school’s best team.