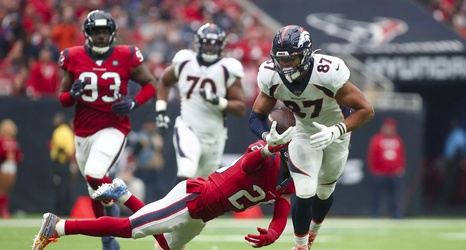 After 13 games, only three teams have clinched a playoff berth so far. On the other side, 12 teams have officially been eliminated and the 6-7 Dallas Cowboys still lead their division.

There were some wild, playoff like games as San Francisco defeated New Orleans 48-46, Baltimore defeated Buffalo 24-17, and Kansas City defeated New England 23-16. There won’t be many big matchups coming up in week 15 so there should still be a lot of madness left for the last two weeks of the regular season.

But most of you are here to see how the former boys of black and gold are doing in the NFL.