Iowa football: Geno Stone should be frontrunner for B1G DB of the Year 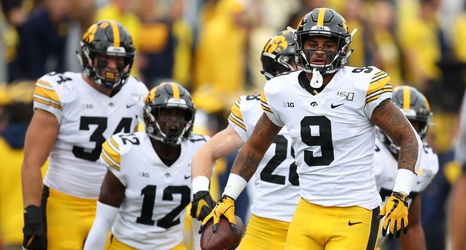 The Tatum-Woodson Big Ten Defensive Back of the Year award has been around for eight seasons, and in four of those seasons, an Iowa football player has won the award including three of the last four.

Personally, I feel like Geno Stone is about to make it four of the last five and three in a row at the conclusion of the 2019 season because he has been phenomenal in five games for the Iowa football team thus far, including in the defenses’ dominant performance against Michigan.

No, he’s not leading the conference in tackles or interceptions, but his production goes way beyond the statistical nature.