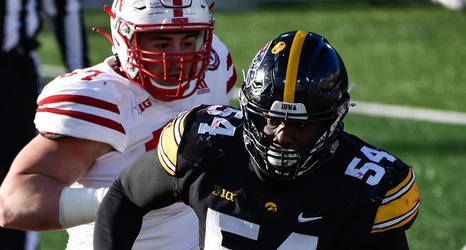 The Iowa Hawkeyes had their first defensive lineman taken in the 2021 NFL Draft when defensive end Chauncey Golston was selected 84th overall by the Dallas Cowboys on Friday night. Now, a day three rounds later, the Hawkeyes have their second lineman off the board.

With the 158th pick overall in the fifth round, the Carolina Panthers selected superstar defensive tackle Daviyon Nixon.

Nixon, the Big Ten’s defensive player of the year in 2020, becomes the first Hawkeye off the board in the 2021 NFL Draft. The Kenosha, Wisconsin native left Iowa City as a decorated defender after being named the Nagurski-Woodson Defensive Player of the Year in the Big Ten and a unanimous All-American.