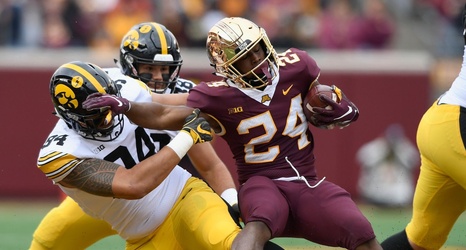 It was a bad day to be Tanner Morgan last Saturday. Fueled by Big Ten Defensive Player of the Week AJ Epenesa and his 2.5 sacks and 1 forced fumble, the Iowa football team put together one of their best sack efforts this decade with six sacks of the Gophers starting quarterback.

The last sack, while important to the Iowa football team’s winning efforts, could have a longer impact on the Minnesota Gophers, who fell two spots in the latest College Football Playoff rankings after losing their first game of 2019 to the Hawks.

With two games remaining, the Gopher’s goals are not dead.