Iowa basketball: This season is not over, and here’s why 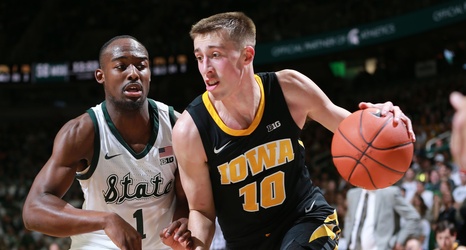 Believe me, I totally get it. Jack Nunge was expected to be a breakout player in his redshirt sophomore season and help the Iowa basketball team return to the NCAA Tournament for the second straight year before he suffered a season-ending knee injury. We’re also seeing Jordan Bohannon attempt a comeback from the hip surgery he had just six months ago, and our top-rated recruit in the class of 2019 is dealing with lingering effects from cancer he overcame year earlier. It’s easy to see why folks are down on this Iowa basketball team.