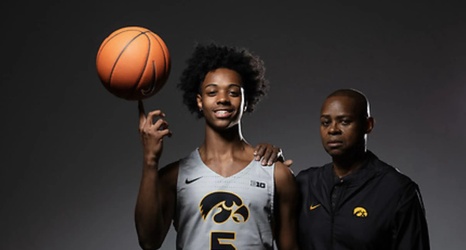 As we’ve noted a number of times already, June is heating up in the world of college recruiting. Nowhere does that seem more true than in Iowa City where Fran McCaffery and staff have lined up more than half a dozen visits for the month with some very highly sought after prospects.

Perhaps none have been more sought after by the Hawkeyes than Massachusetts point guard Dasonte Bowen. The former teammate of Iowa big man Josh Ogundele earned his first offer from the Hawkeyes and due to COVID-19, has only been able to visit Iowa City.

That included an unofficial back in 2019 and was followed up with an official visit last weekend.