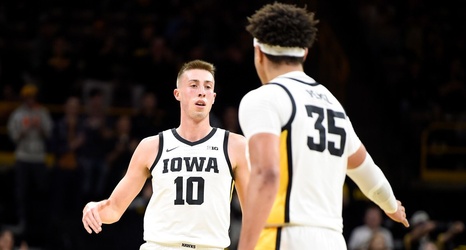 Another game, another opposing team that rattled off a huge run that the Iowa basketball team struggled to find the answer for. Iowa led 21-14 with 7 minutes to go in the first half, that quickly changed when the Gophers went on a 14-0 run, and ending the half on a 17-5 run and taking a five-point lead into the break.

The Hawkeyes despite all the adversity with injuries to CJ Fredrick, Luka Garza finding himself in early foul trouble and Joe Weiskamp disappearing almost completely, found an answer. They clawed their way back into the game behind key minutes behind Bakari Evelyn who played maybe his best game in a Hawkeye uniform and finished with 7 points and 3 assists and was solid on defense late in the game.