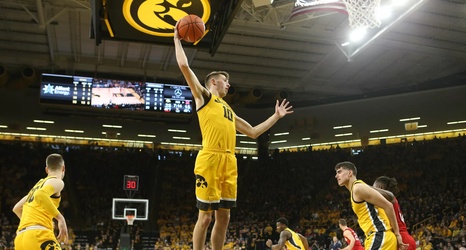 A few days removed from getting absolutely demolished at Purdue, the Iowa Hawkeyes responded tonight by demolishing the Nebraska Cornhuskers, avenging what was one of the worst losses of the season last month in Lincoln with a 96-72 win in Carver-Hawkeye Arena.

Iowa started out hot, coming out to a 13-2 run, thanks to hot shooting from deep from Connor McCaffery, who hit two, and Luka Garza, who made a three of his own, but as the bench players came in, scoring came to a halt, and Iowa’s lead, which had been 16, got all the way down to only four.