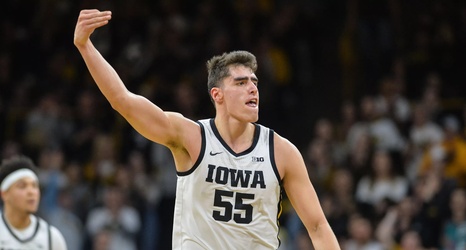 The first half featured some of the most tenacious defense I can ever remember seeing from a Fran McCaffery-coached squad. The Hawkeyes forced bad shots and stripped it away six times from the Buckeyes in the first 20 minutes, helping pave the way to a 27-8 lead halfway through the first frame.

This one started off HOT thanks to a long three from Connor McCaffery 90 seconds in. Joe Toussaint followed that up with a rare three, and deep balls were dropping relatively well for the good guys in the first half, with Iowa going into the break at a 6-14 clip.