HAWKEYES VS. ORAL ROBERTS: PREVIEW, HOW TO WATCH, GAME THREAD 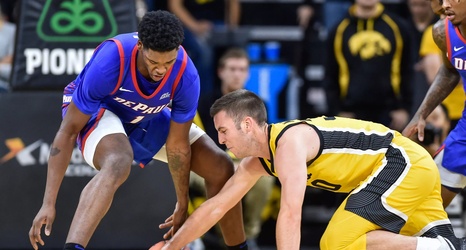 After a dispiriting loss against DePaul, the Iowa Hawkeyes (1-1) look to bounce back against Oral Roberts (1-2).

The Golden Eagles KenPom history, dating back to 1997, is a bit of a wasteland, with only three tournament appearances coming in the late aughts during a run under Scott Sutton. Since then - 2008 - they’ve finished as a top 100 team just twice, although those teams were very good by Summit League standards (17-1 & 14-4). Such is the life of one-bid leagues.

Since Sutton’s last season, they’ve had two substandard seasons at 11-21 under Paul Mills.