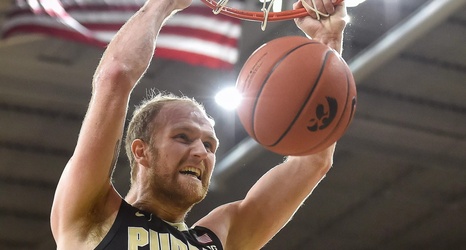 Iowa’s senior night went about as most Hawkeye fans would’ve expected if you had asked them before Thanksgiving. But since then, expectations have changed a bit. What we saw from the Hawkeyes Tuesday night was not what anyone would’ve expected before tip-off.

Instead, Iowa came out flat and fell to an early 11-4 deficit. The Hawkeyes were plagued by turnovers early and often, but more troubling was the effort on the glass. Purdue was shooting the ball at a pretty pedestrian clip, but jumped out to a 42-21 lead late in the first half by dominating Iowa on the boards.