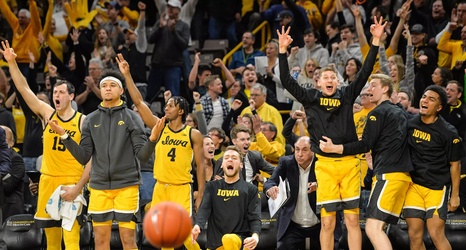 The votes are in. You have spoken. And your confidence in No. 19 Iowa basketball is at a season-high level after the 85-80 win over No. 24 Rutgers.

Iowa went through a dogfight to get the win, its third victory over a top-25 opponent in four games. Given the fact that Michigan State just lost its second game in three tries, Iowa might just be the Big Ten’s hottest team at the moment.

Here’s the graphic to represent your confidence level:

95 percent of gave a vote of confidence toward the Hawkeye basketball program.