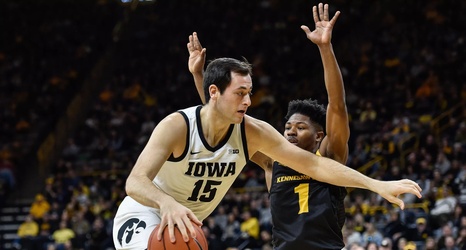 Going into the 2019-20 college basketball season, Iowa appeared to have one of the conference’s deepest rotations. Fran McCaffery had essentially an 11-man rotation to work with, and that’s how Iowa rolled at the beginning of the year.

But injuries forced Fran McCaffery’s hand into an eight-man rotation, and it’s working. Not by choice, but by necessity.

With no Jordan Bohannon, Jack Nunge, and Patrick McCaffery, the eight remaining Hawkeyes have found their respective niches on the team and embraced their roles.

Barring injuries, that starting lineup isn’t changing, nor should it for any other reason.