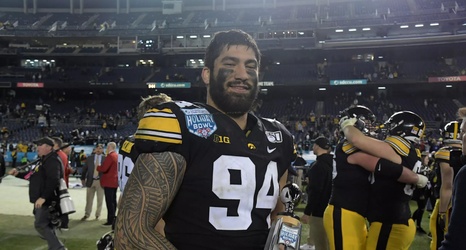 We officially have a Big Ten schedule, but despite the release there remain a number of questions and growing skepticism around a college football season occurring in 2020. Despite the uncertainty, we’re pushing forward with a countdown to the proposed start date for Iowa Football, which remains September 5th (although the opponent has changed from Northern Illinois to Maryland).

Today, we continue the countdown with a newcomer with a familiar name: Eric Epenesa.

There are few last names in Hawkeye lore that excite the fanbase as much as the Epenesa sirname.