#3 Iowa Basketball vs #1 Gonzaga: How to Watch, Listen + Game Thread 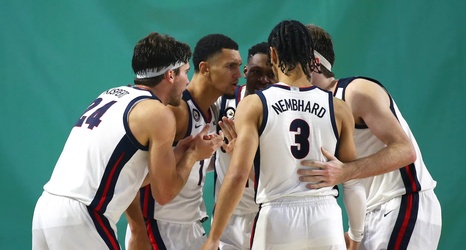 It’s been nearly a week since the Iowa Hawkeyes took to the hardwood, but it’s been much longer since their opponent on Saturday has seen the floor. The #3 Hawkeyes are set to take on the top team in the land, the Gonzaga Bulldogs, from the Sanford Pentagon. The Zags have been sidelined for more than two weeks now due to a COVID-19 outbreak on the team.

After getting back to practice late this week, Gonzaga is set to take the #2 offense in the country, according to Ken Pomeroy’s adjusted efficiency rankings, up against the only team in the land rated higher - the Iowa Hawkeyes.