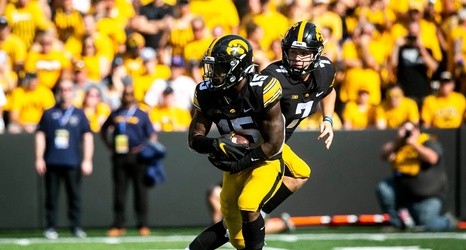 The second-ranked Iowa Hawkeyes look to extend their 12-game winning streak to 13 - a streak that would be third longest in school history after topping the historic run in 2015. But to do so, they’ll need to come off the high of beating their fifth top-5 opponent in six games inside Kinnick Stadium and avoid a letdown against the Purdue Boilermakers.

The Boilers have had Iowa’s number in recent years, boasting a 3-1 record against the Hawkeyes under head coach Jeff Brohm. Much of that has come as Purdue relentlessly attacks Phil Parker’s defense with talented receivers.