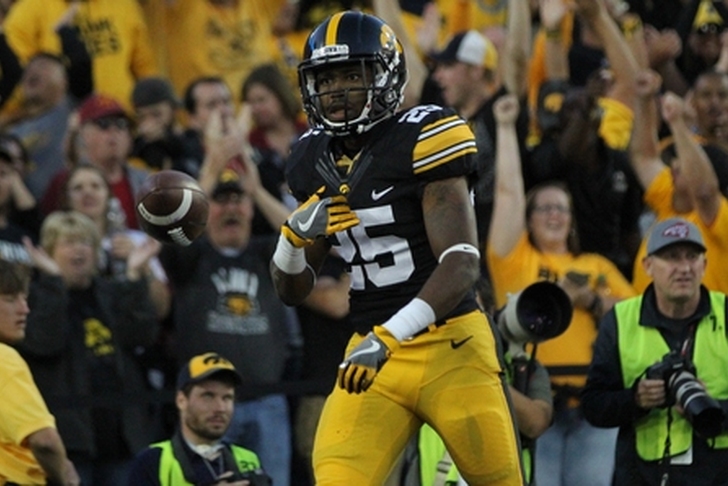 The #3 Michigan Wolverines were facing their first real road test of the season against the Iowa Hawkeyes on Saturday, and Michigan didn't pass the test. In a defensive slugfest, Iowa used a game-winning field goal as time expired to grab a 14-13 win over the Wolverines.

At the start, Michigan looked like they were going to be in control of the game as a short touchdown run from Ty Isaac gave them a 10-0 lead in the second quarter. The defense held firm after that, but a safety on Michigan's next possession really turned this game around.

Suddenly with some momentum, Iowa went down the field and scored on a three-yard touchdown pass from C.J. Beathard to running back Akrum Wadley. After the two-point conversion failed, Michigan took a 10-8 lead into the half.

The rest of the game was a battle of field goals. Iowa took the lead at the start of the third quarter with a 25-yarder from Keith Duncan. They held that lead for a full 15 minutes, then Michigan took the lead back on a 51-yard field goal from Kevin Allen.

A late interception looked like it was going to seal the game for the Wolverines, but the Hawkeyes got the ball back with less than two minutes left...and managed to get in position for this:

The loss was Michigan's first of the year, dropping them to 9-1 - though they are still firmly in the College Football Playoff contention. They will try to rebound next week at home against Indiana before closing the regular season at Ohio State. If Michigan wins both games, they will play in the Big Ten Championship Game.

Wadley had a great all-around game for Iowa (who improves to 6-4), gaining 115 yards on 23 carries while catching five passes for 52 yards and Iowa's lone touchdown. They play at Illinois next week before host Nebraska on Thanksgiving weekend.