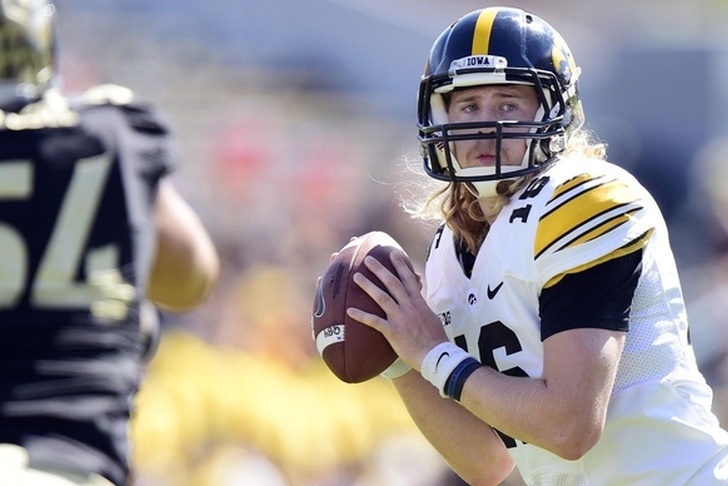 Even Snoop Dogg is feeling the love for the black and gold.

Every bandwagon, regardless of how full, ALWAYS has room for Snoop Dogg! pic.twitter.com/DYMWai4n1R

The undefeated Hawkeyes moved up four spots from last week, and they now sit ahead of No. 6 Baylor and No. 8 Oklahoma. The Hawks face the unranked Minnesota Gophers. Here is what you need to know:

What to watch for

Desmond King continues to prove he is one of the best defensive backs in the Big Ten. During last Saturday's game aginst Indiana, King was able to grab his eigth interception this season; he continues to lead the conference in that category. King's interception improved the Hawkeyes' turnover margin to plus-11 on the season, which is currently the best in the Big Ten.

C.J. Beathard was the player of the game. Beathard's efficiency and production in crucial moments of the game were arguably the reason why the Hawkeyes are now 9-0. Late in the first half, he ran 7 yards and leaped over defenders into the endzone for a touchdown to give Iowa the lead at halftime. I'm not sure Iowa fans have seen this type of behavior from a quarterback since Ricky Stanzi famously told folks to love Iowa, or leave it. Beathard's aggressive move set a tone for the remainder of the game, and Iowa was able to finish comfortably.

Akrum Wadley brings the style and flare to Iowa's traditional running game. In last week's match-up versus Indiana, Wadley averaged 10 yards per carry, and rushed for a total of 120 yards. Wadley did not practice Tuesday because of an ankle injury, but he is expected to play regardless.

What is at stake?

A bronze pig who goes by the name Floyd of Rosendale. Can it get anymore Midwest than that? Floyd has lived in Minneapolis for the past year after Minnesota's 51-14 win over Iowa.

The odds are not in Minnesota's favor, but the Hawkeyes cannot let their guard down against the Gophers. Last week, Minnesota took the top ranked Buckeyes deep into the fourth qaurter.

If Iowa wins, it will be their first 10-0 start in school history. It will also put the Hawks one step closer to the Big Ten West title and a trip to the Big Ten Championship.