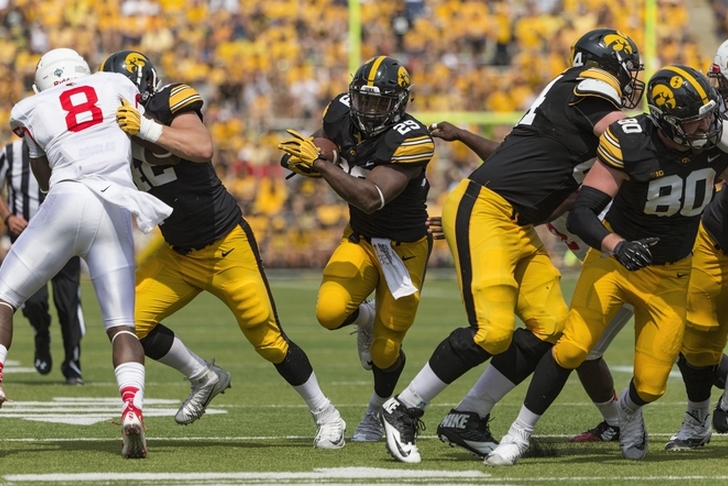 It doesn't appear that Ott and Daniels have long-term injuries, but Daniel's injury-prone history and Ott's future impact on the D-Line are two factors Head Coach Kirk Ferentz is taking into account. As of yesterday the Daily Iowan reported that both players have yet to practice with the team this week. Remember Drew Ott is the same guy who started against Iowa State just days after being involved in a moped accident in 2014. Ferentz will have a hard time keeping Ott from seeing the field during his final season as a Hawkeye.

If Ferentz does decide to scratch Ott for Saturday's game redshirt freshman Parker Hesse will take his place on the line. Heese played for the remainder of the game after replacing Ott during the first quarter.

As for Daniels, the 215 pound running back missed last season due to a season ending knee injury. If Daniels sits for the Pitt game all eyes will be focused on redshirt senior Jordan Canzeri. Canzeri played a crucial role in Saturday's 31-17 win carrying the ball 24 times and rushing for 124 yards.

Ott and Daniels were both featured in this week's depth chart released on Monday, recovery and progress will determine the final verdict for this weeks matchup against the Panthers.