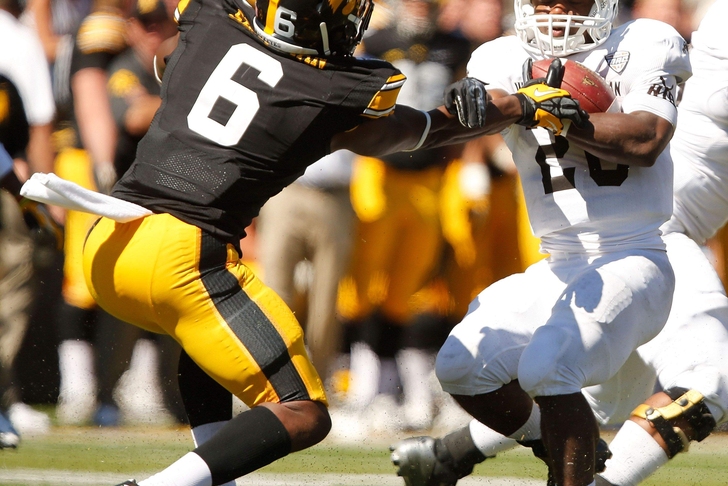 Iowa will be without sophomore linebacker Reggie Spearman for at least one game, as he's been suspended indefinitely during the Hawkeyes' bye week.

Spearman was cited early Saturday morning for an alcohol-related offense, and the team released a statement saying that he may face additional discipline on top of his suspension.

"I was disappointed to hear of the charges against Reggie," said head coack Kirk Ferentz. "Reggie will go through the UI student-athlete code of conduct process and we will move forward from there."

Spearman started all seven games for the Hawkeyes this year, racking up 34 tackles and a sack. Iowa plays Northwestern next weekend.