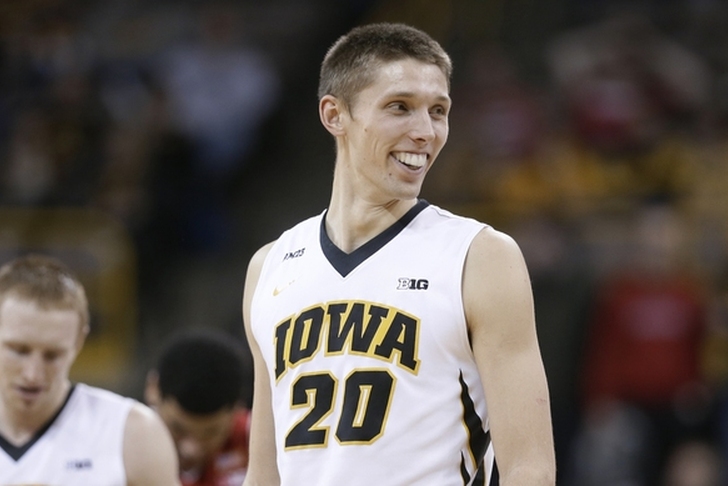 It went down to the wire, but the Iowa Hawkeyes held on for a 72-70 win over the Temple Owls. In a day full of upsets, the No. 7 seeded Hawkeyes avoided one at the hands of the No. 10 seeded Owls.

Quenton DeCosey was fouled with two seconds left on a 3-points attempt, and made all three. Iowa tried a deep pass, but it went off the fingertips of a Hawkeye and the game went into overtime. On this buzzer-beating put-back by Adam Woodbury in OT, the Hawkeyes avoided the upset.

Woodbury got away with a bit of a push on the play, but no foul was called.

Iowa as carried to a win by Jarrod Uthoff. He had 23 points, hitting 7 of his 19 shots. The only other Iowa player to top double digits was Peter Jok, who had 16.

The Hawkeyes dominated the turnover differential. They committed just three, while Temple turned it over 12 times.

Three players posted double-figures for the Owls, led by Quenton DeCosey. He put up 26 points and eight rebounds. Jaylen Bond had a double-double with 14 points and 14 boards.

Iowa will now face Villanova in the Round of 32 Sunday.