3 Reasons Why Iowa Is GUARANTEED To Beat Michigan State 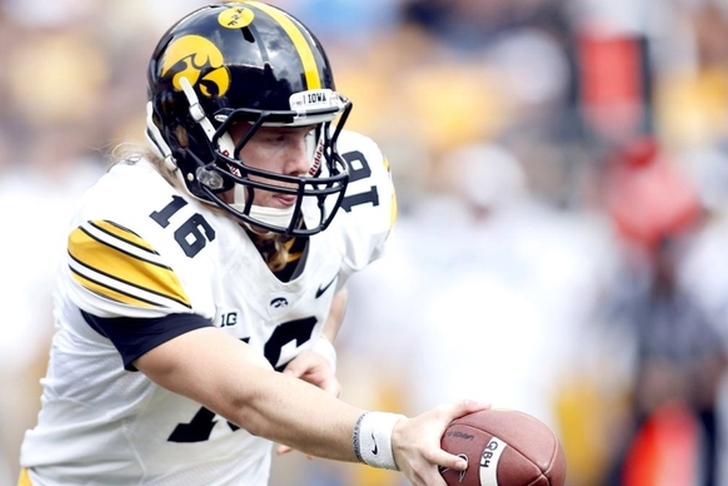 There are very few guarantees in the game of football, but when it comes to the #4 Iowa Hawkeyes' Big Ten title clash with the #5 Michigan State Spartans on Saturday, we've found an exception to the rule. Here's 3 Reasons Why Iowa Is GUARANTEED To Beat Michigan State.

In case people haven't been paying attention, Iowa has scored 27 points or more in each of their last seven games. QB CJ Beathard is already building a major legacy for himself. RBs Jordan Canzeri and Akrum Wadley have already proven themselves as a top-tier running back combo in a nation saturated with them. The majority of casual fan may not know these names right now, but they will after Saturday night.

In order for Michigan State to turn this game into the track meet they want it to be, they're going to have to air it out a ton against Iowa. That's not going to work, as Iowa boasts one of the most criminally underrated secondaries in the country. Say what you will about MSU QB Connor Cook's overall resume, but he's still not good enough to beat Iowa's elite defense by himself.

MSU was left for dead by critics after their 39-38 loss to Nebraska, with most experts citing the team's inconsistent play as the reason they had fallen out of the CFP hunt "for good." Things changes after a road win over then-undefeated Ohio State and a blowout of Penn State, but don't be fooled -- this team was still maddeningly inconsistent for the entire year. Iowa, on the other hand, has been steady as the year is long. Saturday's game against a grind-it-out Iowa squad will expose MSU's weaknesses once again.