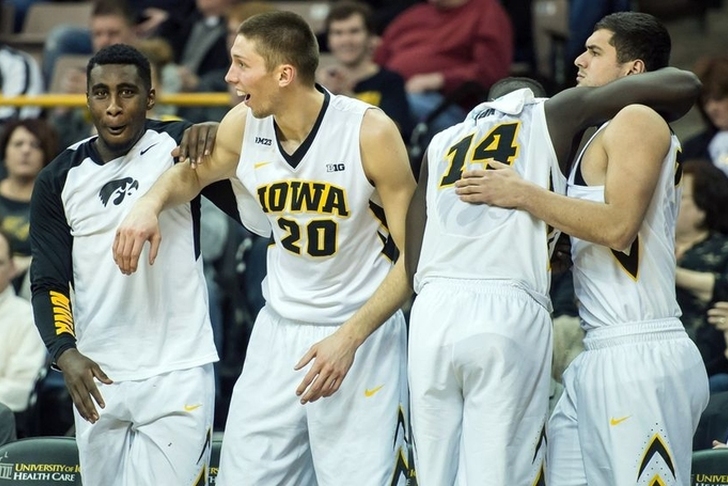 The Iowa Hawkeyes emerged as one of the top teams in the country thanks to a 16-3 start to the season, but they’ve closed the season losing six of their last eight games, sending them in the wrong direction leading up to the tournament. Here's everything you need to know about the Hawkeyes:

Uthoff emerged as a surprise National Player of the Year candidate early in the season before falling out of the race during Iowa’s losing streak, but he has been Iowa’s best offensive player and most important piece all year long. Without many scorers on their team, the Hawkeyes rely on Uthoff to score at a high clip every single night - and when he doesn’t, they struggle. Iowa is 3-8 in games where he shoots 40 percent or less, compared to 18-2 when he shoots over 40 percent.

It’s rare to have multiple senior staters in today’s college basketball, but Iowa is one of just a handful of teams in the country that are lucky enough to start five seniors. That experience has shown up in Iowa’s biggest games of the season, allowing them to post winning records on the road and against ranked teams.

Iowa’s offense can get stagnant at times if Uthoff struggles, but it’s their defense that has cost them. They have given up 75 points or more eight times this season, and that has largely been due to their overall lack of athleticism. The Hawkeyes don’t have a single shutdown defender, and their lack of quickness has allowed opposing guards to get into the lane and attack the rim with ease.

Outlook:
Iowa has the talent to be a Sweet 16 team, but they've struggled so much at the end of the year to where it wouldn't be a shock to see them lose in the first round.