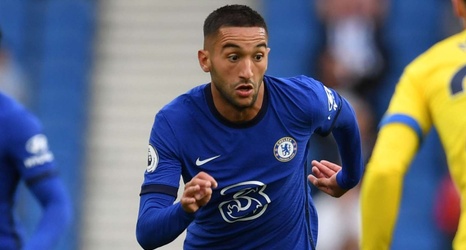 Hakim Ziyech has expressed his delight after he finally made his debut for Chelsea in their 3-3 draw against Southampton in Saturday’s Premier League game.

The winger arrived at Stamford Bridge this summer after reaching an agreement in February with the side to join them.

The Morocco international only made one appearance for the Blues, during their pre-season friendly against Brighton and Hove Albion, where he suffered a knee injury.

The forward has been struggling with the problem which halted his chances of making his competitive appearance for the Stamford Bridge outfit.