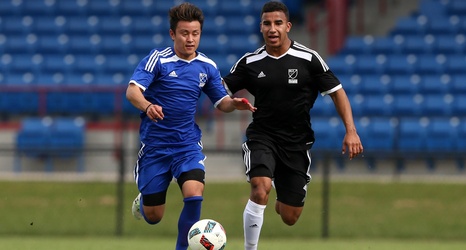 Yakubu Ayegbeni remains optimistic about Nigeria’s chances of qualifying for the 2022 Fifa World Cup despite being stunned by the Central African Republic in Lagos.

Parading a squad dominated by local-based professionals, the Wild Beasts picked up a 1-0 victory over the Super Eagles at the Teslim Balogun Stadium, with super-sub Karl Namnganda getting a last-gasp winner.

On Sunday, however, the three-time African kings avenged their defeat in Douala, subduing Raoul Savoy’s men 2-0 thanks to Leon Balogun and Victor Osimhen, who found the net in the first half.

The result left Rohr’s men as Group C leaders – in contention for a third-round ticket – having accrued nine points from four matches.