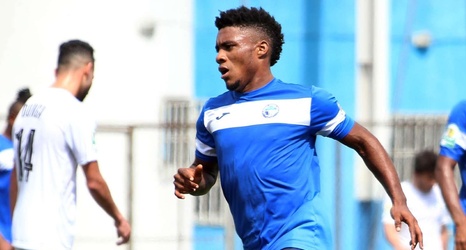 Anayo Iwuala has been invited for Nigeria’s 2022 World Cup qualification games against Liberia and Cape Verde, according to Tunisian topflight side Esperance.

Gernot Rohr’s men begin their quest to qualify for a place in Qatar 2022 against the Lone Stars on September 3 before locking horns with the Blue Sharks six days later.

And to prosecute these games, the three-time African champions will be relying on the former Enyimba winger.

“Our Nigerian striker Emmanuel Anayo has been invited to the expanded list in preparation for the Qatar 2022 World Cup qualifiers, specifically the matches between Liberia and Cape Verde and on September 3 and 7,” read a tweet from Esperance.