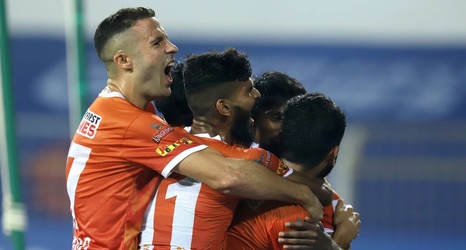 Indian Super League (ISL) side FC Goa are all set to make their debut in the AFC Champions League (ACL) this year.

The Gaurs had earned the right to represent India at the AFC Champions League after they won the Indian Super League (ISL) League Winners Shield in the 2019-20 season. They are also the first-ever Indian club to take part in the biggest club competition in Asia.

FC Goa have been placed in Group E of the competition alongside Persian Pro League 2019-20 champions Persepolis FC and Qatar Stars League 2019-20 runners-up Al Rayyan. The fourth team will be the winner of Al-Wahda (UAE) vs Al-Zawraa (Iraq) from the play-offs West Asian round.