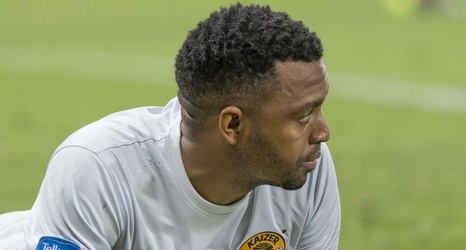 Khune and Meyiwa had a competitive rivalry since their days in the Chiefs academy and Pirates academy respectively as budding keepers.

The duo went on to captain their respective Soweto giants with Khune having been handed the skipper's armband at Amakhosi in 2011, while Meyiwa captained Bucs in the absence of Lucky Lekgwathi.

Meyiwa was sadly shot and killed in Vosloorus, Gauteng on 6 October 2014 at the age of 27 and his murder became a mystery until five men were charged last month.