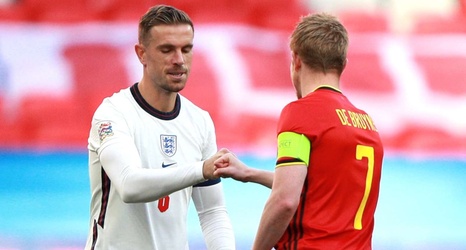 Jordan Henderson says England want to compete “with the very best teams” after the Three Lions beat the world’s number one ranked side Belgium at Wembley on Sunday.

The win means England have now won 20 of their last 21 competitive home games, with the three points putting them top of their Nations League group.

With next summer’s European Championships on the horizon Liverpool skipper Henderson, who was fit to start after three weeks out with a thigh injury, hopes England can make a habit of playing - and beating - the top sides.