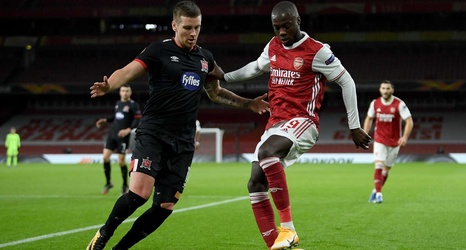 Mikel Arteta acknowledges Nicolas Pepe must be more consistent, but the Arsenal manager does not question the winger's attitude and is keen to help.

Pepe was a club-record signing from Lille in August 2019 yet struggled to translate his dominant Ligue 1 form to the Premier League last term.

Pepe showed a flash of his talent on Thursday, netting a fine strike in the 3-0 Europa League win over Dundalk, his second of the new season in all competitions.