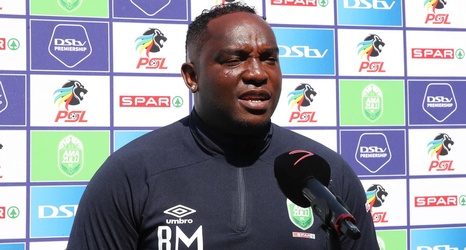 AmaZulu FC head coach Benni McCarthy felt that his side deserved a hammering following their defeat to Sekhukhune United on Wednesday evening.

Usuthu were brushed aside by Babina Noko, who emerged 2-0 winners in a PSL game which came three days after the KwaZulu-Natal giants booked their place in the Caf Champions League group stages.

McCarthy's side was in a buoyant mood after eliminating one of this season's Champions League contenders, TP Mazembe of DR Congo with the two teams drawing 1-1 in Lubumbashi on Sunday and AmaZulu won the tie on the away goals rule.

"I wouldn't say it is complacency.