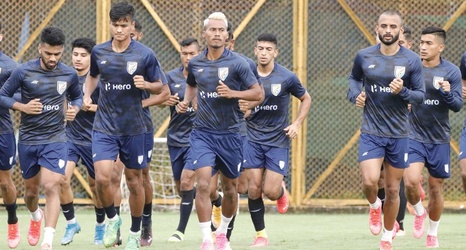 The Croatian coach has replaced Dheeraj Singh with Vishal Kaith whereas, Pronay Halder, Akash Mishra and Bipin Singh have failed to make the cut from the previous squad that flew to Nepal to play two friendlies earlier in September. However, Bengaluru FC's Udanta Singh has been recalled. The players and the support staff will reach Bengaluru on Monday and will fly out to the Maldives the next day. Meanwhile, Stimac and other members of the technical staff will join the squad directly on the island nation on Tuesday.