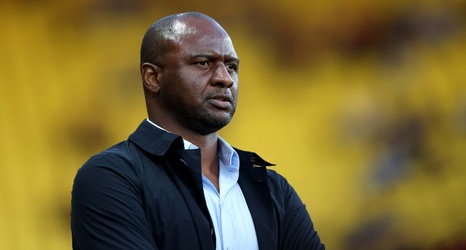 Patrick Vieira has distanced himself from Arsenal's prospective takeover bid by Spotify founder Daniel Ek, stating that he is "in a different position" after being appointed as Crystal Palace manager.

The Gunners legend will face his old club for the first time since his return to the Premier League to take the reins of their London rivals on Monday, after a solid start to life at Selhurst Park.

Before his arrival at the Eagles, though, the Frenchman was a strong supporter of Swedish billionaire Ek's move to buy his old side - but now he feels that current owner Stan Kroenke will not sell.