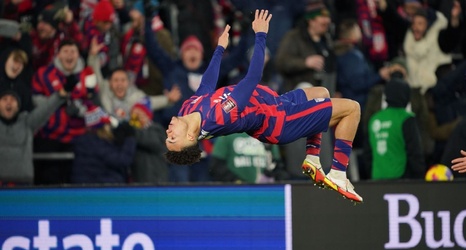 Antonee Robinson celebrated his goal for the United States with an acrobatic backflip, followed by a front spring, and then a feigned leg injury.

A memorable celebration for a player who goes by a galactic moniker.

U.S. fans will nonetheless laud Robinson's athleticism -- and his nickname -- as his effort ensured the 1-0 win for the USMNT over El Salvador in World Cup qualifying on a frigid Thursday night in Columbus, Ohio.