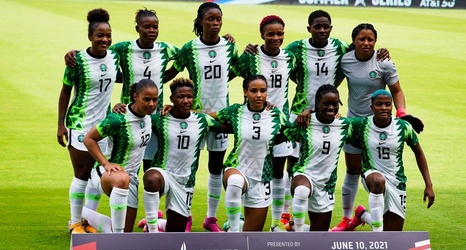 Nigeria take on the United States of America in their last outing of the America Summer Series on Thursday morning.

Still fresh from their 3-3 draw with European giants Portugal, the Super Falcons go into this game full of confidence as they would be aiming to defeat Vlatko Andonovski’s women.

Although, the Stars and Stripes would be Randy Waldrum's toughest test, however, they are aiming to impress against the four-time Women’s World Cup winners.