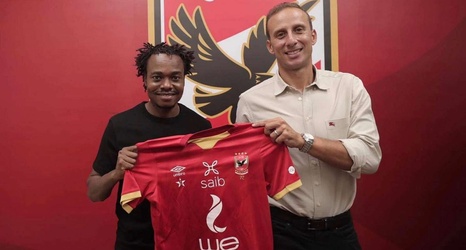 Percy Tau said one of the reasons he joined Caf Champions League winners Al Ahly was because of the opportunity to play in the Fifa Club World Cup.

The Egyptian giants are getting ready to play in the global competition after they defeated Caf Confederation Cup winners RS Berkane 2-0 in the Super Cup final in Doha in May.

They will join other continental champions including Chelsea for the annual club championship in December.

Meanwhile, Tau might have to wait to play in the Fifa Club World Cup after Japan withdrew from hosting the 2021 edition due to coronavirus restrictions.