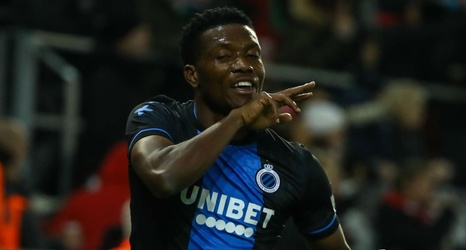 David Okereke was Club Brugge’s hero in their 1-0 triumph over Sint-Truiden in Saturday’s Belgian topflight encounter.

Having replaced compatriot Emmanuel Dennis in 53rd minute, the 23-year-old made his presence felt four minutes later by scoring the fixture’s only goal.

The hosts started the game brightly and had the first chance at goal when Sobol found his way into the visitors’ goal area but he could not beat goalkeeper Daniel Schmidt.