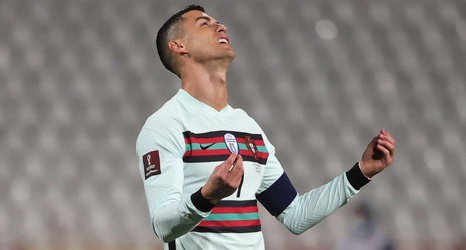 Cristiano Ronaldo's explosive reaction to seeing a goal for Portugal disallowed, according to Fernando Meira, who says the striker should be setting a better example as captain.

Ronaldo thought he had given Portugal all three points during a World Cup qualifier Serbia on Saturday after knocking a beautifully flighted cross-field pass from Nuno Mendes into the net.

The 36-year-old's effort clearly crossed the line despite Aleksandar Mitrovic getting back to clear the ball, but the referee waved play on after consulting with his linesman, sending the five-time Ballon d'Or winner into a furious fit of rage.