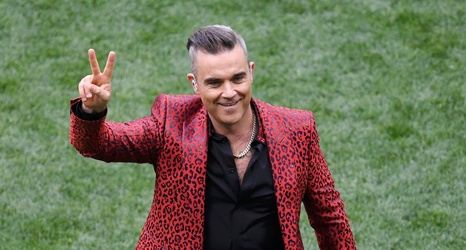 The World Cup was ushered in on Thursday after a short ceremony that featured the unlikely duo of British pop star Robbie Williams and Russian president Vladimir Putin and a shock obscene gesture from the singer.

Williams initially took centre stage ahead of the tournament opener between the hosts and Saudi Arabia by performing three of his greatest hits, one alongside Russian soprano Aida Garifullina.

During his performance, however, the ex-Take That man shocked viewers by holding his middle finger up to a nearby camera.

There was an also impromptu change of lyrics in the middle of 'Rock DJ', as "Pimping ain't easy, most of them fleece me", became "but I did this for free".