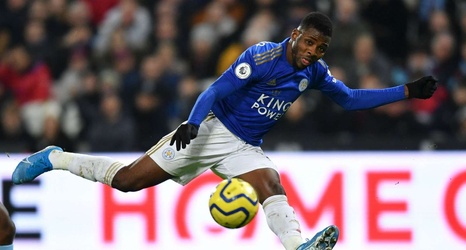 Kelechi Iheanacho found the back of the net while Semi Ajayi featured as Leicester City secured a 3-0 victory over West Bromwich Albion in Thursday’s Premier League game.

Iheanacho has been delivering terrific performances for the Foxes this season and against the Baggies he again shone, increasing his tally in the encounter.

The centre-forward was handed a starting role, paring Jamie Vardy in Leicester's attack and continued his fine understanding with the England international.

His compatriot Ajayi was a second-half substitute but could not help the Baggies from avoiding the heavy defeat which further dealt a big blow to their chances of maintaining their Premier League status at the end of the season.